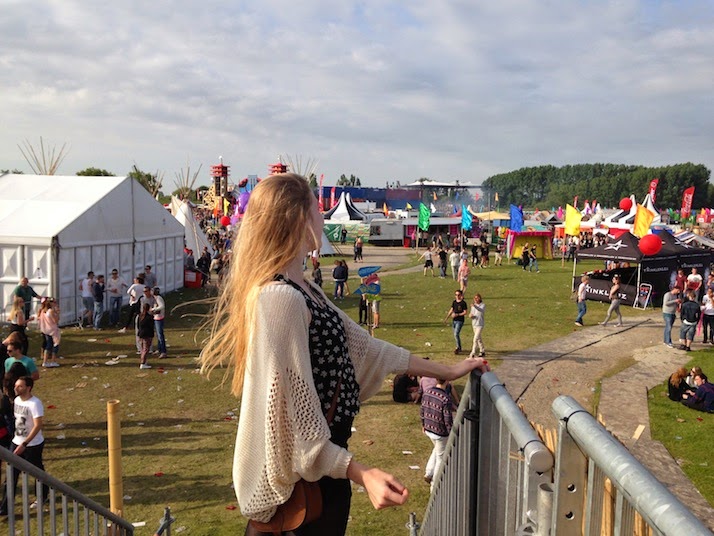 “Traffic disruption because of Edit Festival” said a sign on the highway home to Haarlem and one hour later  I arrived at Edit. I was amazed, I didn’t expect it to be this huge! There were several stages with awesome music, a lot of food stands and really cool decorations. It was a great party, you could definitely see that everyone was enjoying it! 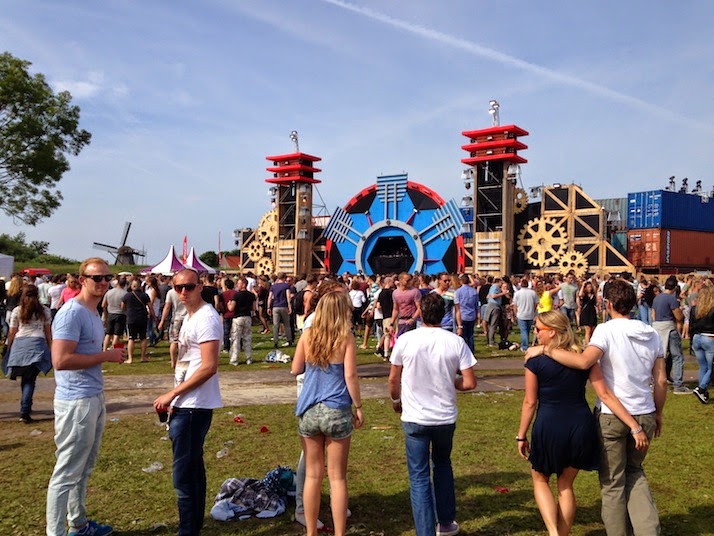 I always start with a little walk around the festival area. I came across some stages with great and pretty loud music. The main stage was really well decorated with some big gears made of wood. Lots of people were dancing to the music in their festive outfits. 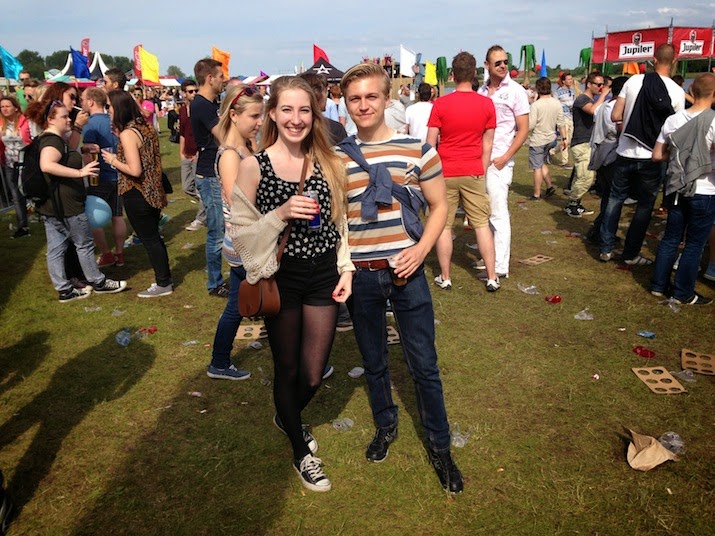 Behind the painted containers there was another stage, I think I liked this one the best. In the corner I saw a guy playing with some kind of huge majorette stick. He was really good at it and I asked if I could give it a try as well.. So he tried to teach me some basic moves, but what can I say… I was terrible at it, haha! 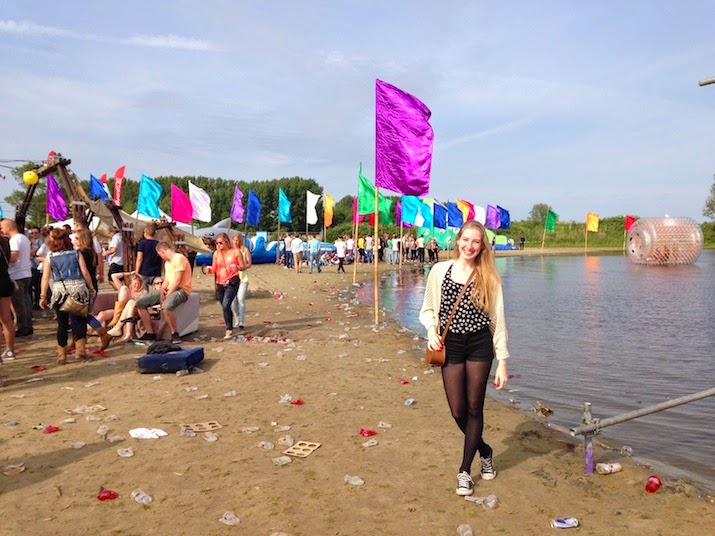 The festival location was also pretty awesome, it was next to a lake. Some people were floating on the water in some kind of plastic hamster balls. I really wanted to do that as well, but somehow I forgot about it. Other people were chilling in hammocks under the fake palm trees. 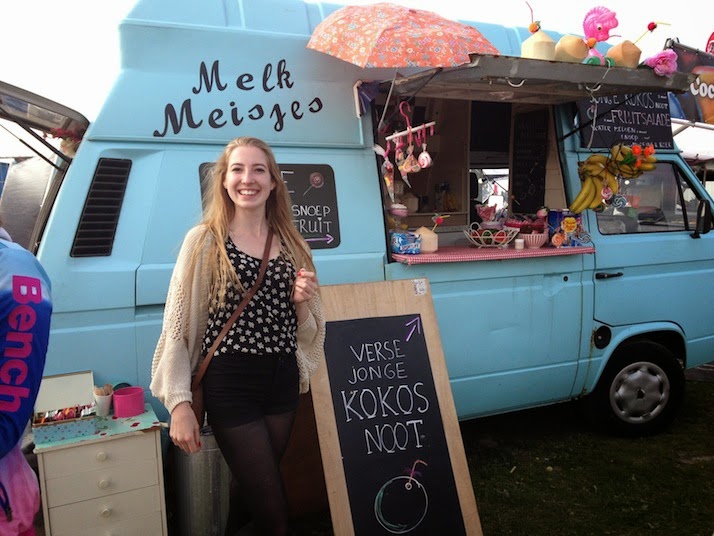 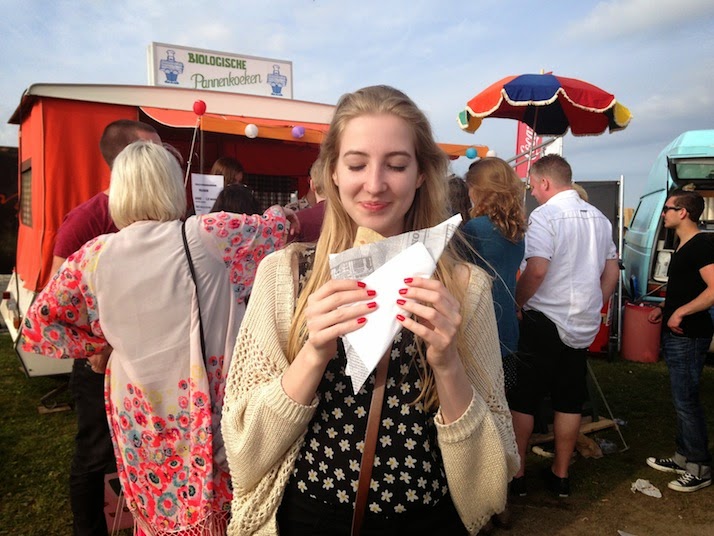 In the evening I got a little bit hungry, so I decided to get some food. There was sooo much to choose from. A pretty light blue coffee stand with sweets caught my eye. But I couldn’t resist the delicious smell that came from the stand next to it. They sold pancakes, my favorite food! Of course I had to get one, yum!
I really loved Edit festival and I will be at the next edition for sure! 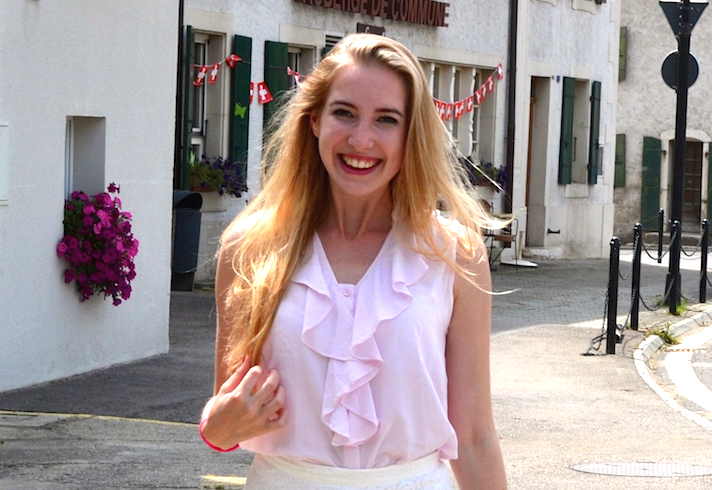